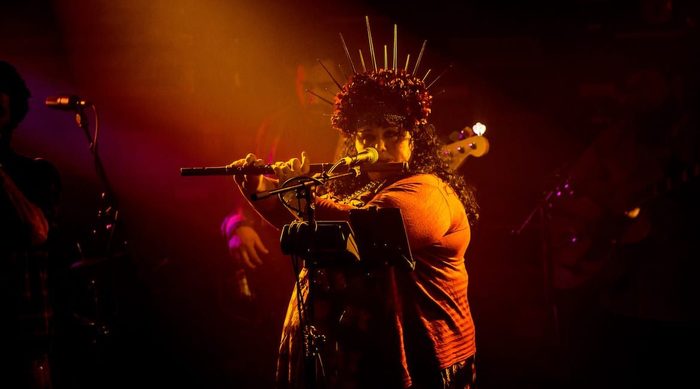 For a good few years, Honeyfeet has been a conduit for the ideas and expressions of an exotic mixture of Manchester-based musicians. Someone once called it folk-hop and barrelhouse-pop, and that’s just vague enough to make sense.

Honeyfeet have spent the past nine years tearing around festival stages and theatres, clubs and fields melting down folk, blues and pop, jazz and disco, pushing air molecules around with instruments and making friends in the process.