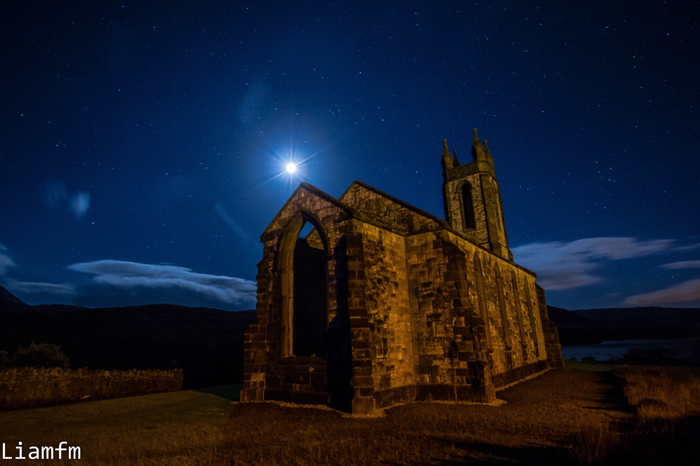 Get Directions
View All 8 Images

About Church of Ireland, Dunlewey

Jane Smith Russel commisioned the church as a memorial to her husband, James Russel who was landlord of the Dunlewey Estate up until his death in 1848.  The church was consecreted on the 1st Septmeber 1853.

The church is built from locally quarried white marble & blue quartzite as well as the locally produced red bricks that form the inside window splays.

In later years as the congregation diminshed the church fell out of regular use and into a state of disrepair. In 1955 the roof was removed as a safety precaution with the fittings & fixtures being sent to other churches in the diocese of Derry & Raphoe.