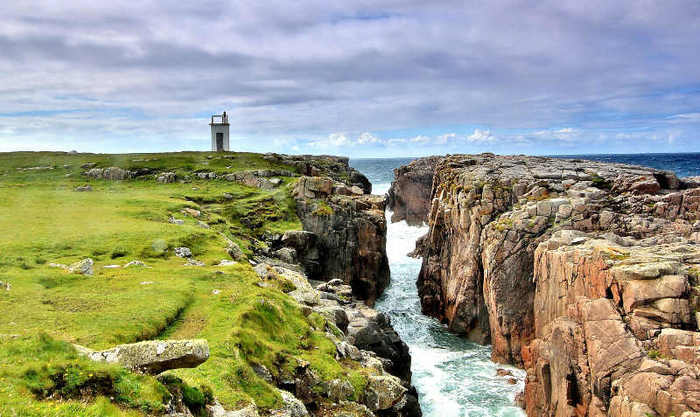 Inishirrer is a long, narrow island, about one mile long and one quarter of a mile wide.

It is approximately one mile off the coast of Gweedore.

It is estimated that during the famine times most people moved from the mainland (tírmór) to the island. At the beginning of the twentieth century, there were about twelve (dhoiseán) families living on the island and they had a large crowd of children in each family.

Like a lot of other islands around the coast of Ireland, population decline started in the fifties on Inishirrer.

The Inishirrer islanders are famous (cliú) for their expertise in sailing, rowing and fishing.

A Development Committee (Coiste Forbartha) was established on Inishirrer in 2007.
Chair: Tadhg Mac Conuladh
Secretary: Patrick McGarvey
The Committee is a member of Comharchumann na nOileán Beag (the Donegal Small Islands Co-operative), an umbrella group that was set up to develop the small islands in Donegal.